As the exhibition’s title suggests, living models and fruit arrangements—art historical leitmotifs that have been crucial to the development of representation and, later, abstraction—are employed as a point a departure from which Liddington unpacks the possibilities of observation and transcription. Further accentuating the still life’s affinity to historical painting, Liddington masks each one of his compositions under canvas rather than paper, reproducing the objects’ physical qualities through touch and, to some degree, memory.

In A man, not unlike me, sitting where I sit, leaning how I lean, drinking from my mug (2015)—a central work in the exhibition—a male model is situated in the studio, directed to embody Liddington’s posture and physical articulations. In this way, Liddington continues to interweave autobiography and art history, a dimension in his work for which he has become known. By emulating the artist’s physical tendencies, Liddington’s work, although based on traditional artistic devices such as the live model, reflects a contemporary body language that resists associations to any other epoch.

Once the model is in position, he is draped in a canvas, the folds and creases of the material responding to his body’s lines and contours. Liddington, using graphite, tracks the human form over a long period of time; a prolonged action that confronts the model’s suspended movement and Liddington’s documentation of it. As time passes, adjustments in the body and to the material occur, disrupting Liddington’s ability to represent the form precisely. As the canvas is lifted and stretched open, amendments and unresolved markings are revealed on the surface, serving as evidence of Liddington’s longing to overcome the impossible, and his succumbing to the inevitable effects of time and flux. 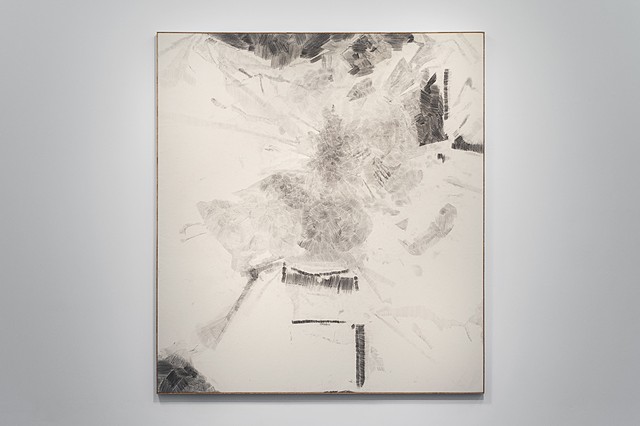 A woman whose posture and stance echo’s the woman I love.
Graphite on canvas, hand painted oak frame
96” x 86” 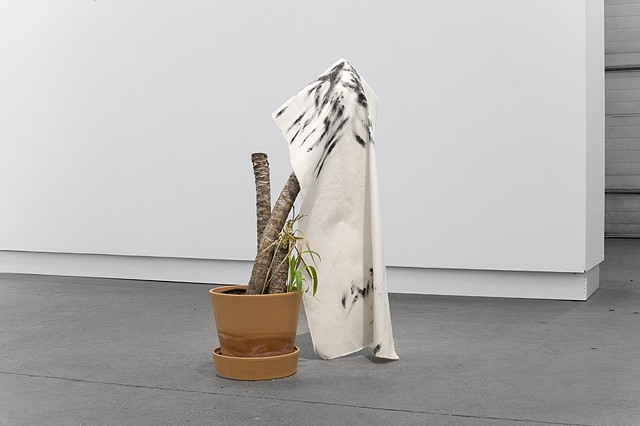 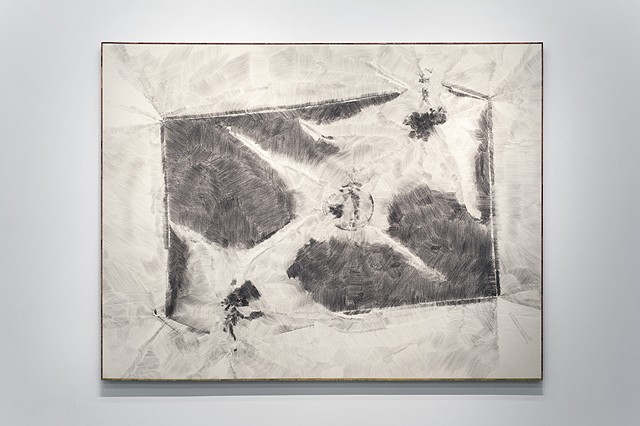 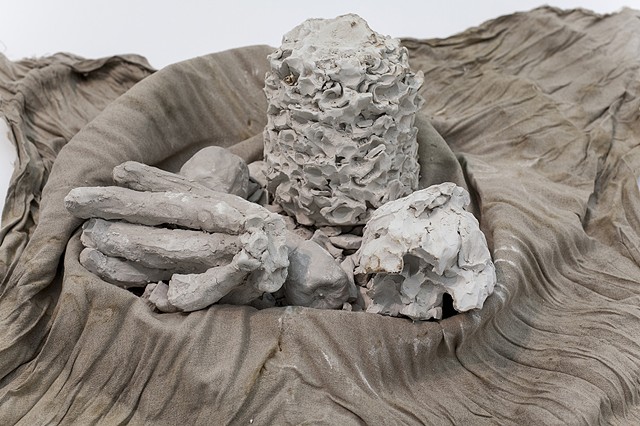 He spent four months walking in circles, looking for food until he could walk no further due to the weight of his bundle
Air dried clay left in a canvas bundle for 4 months and then unravelled
40” x 40” x 10” 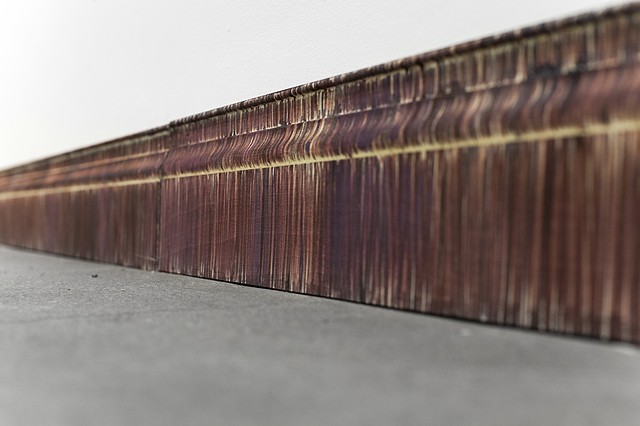 There we were looking at the most beautiful sunset ever painted; yet all I could focus on was a sea of red.
Hand painted poplar (watercolor)
6” x 432” 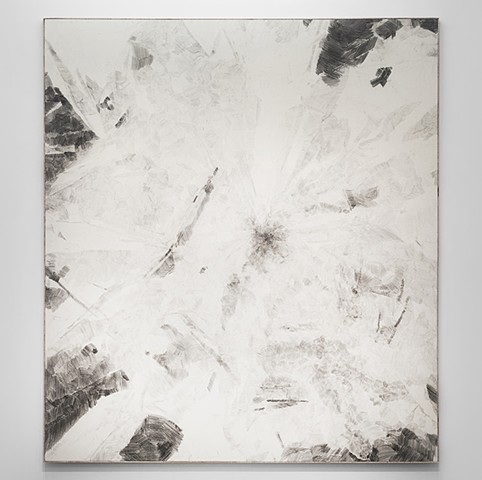