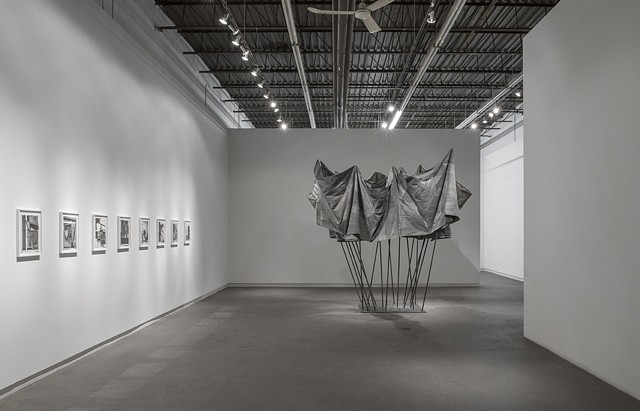 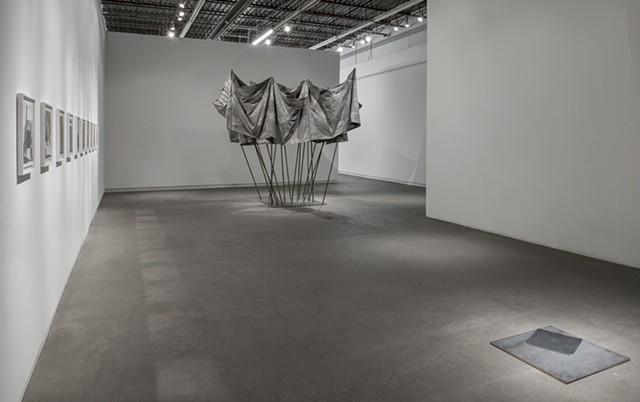 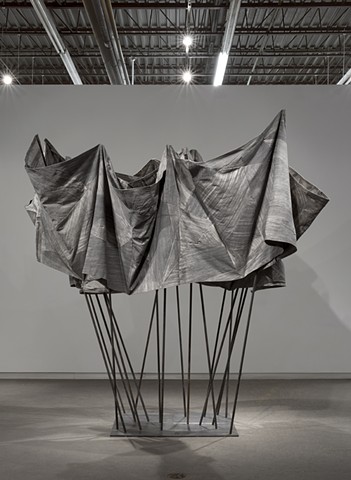 A love worth fighting over (a monument to those that preceded me)
Graphite, canvas, steel rods
8 x 8 x 8’ 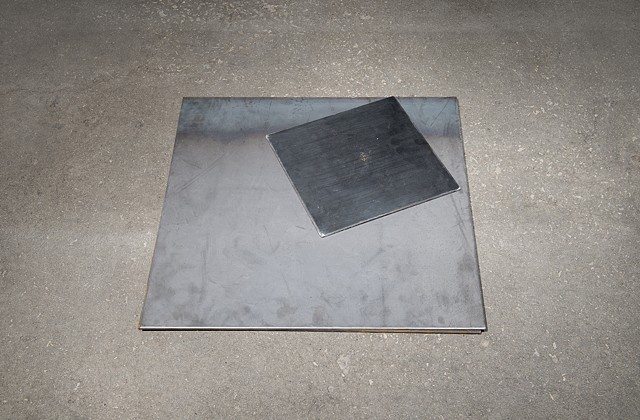 A steel plate from Japan dropped from the second floor of the studio 31 times (self portrait embodying the violence of men who preceded me)
Steel Plate(s), graphite, concrete dust
2' x 2' 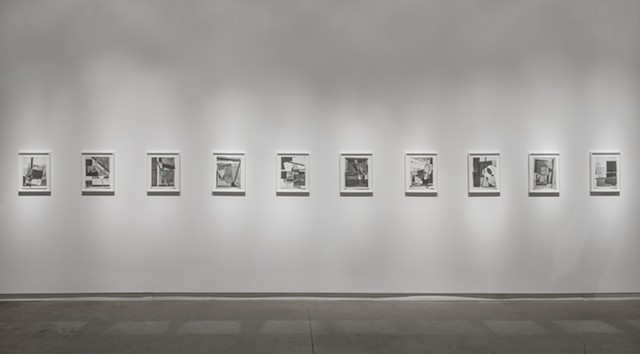 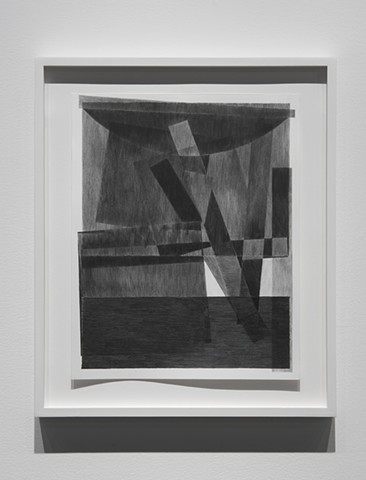 A drawing by the artist (5 views of an uncomfortable silence),
Graphite on paper
14" x 17" 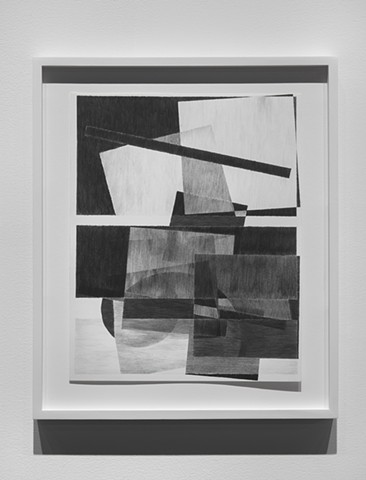 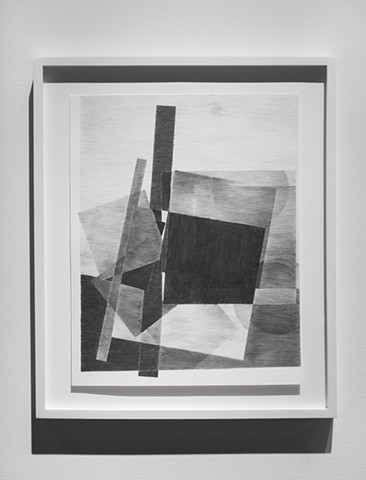 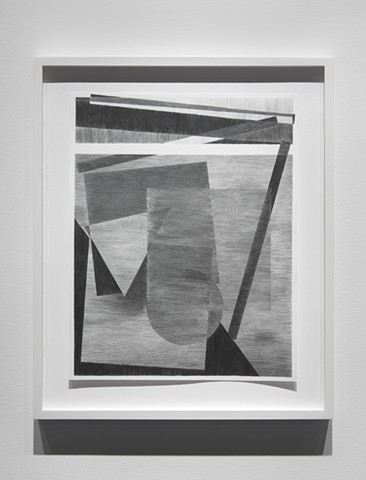 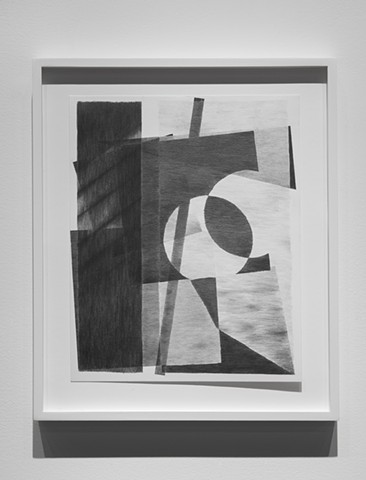 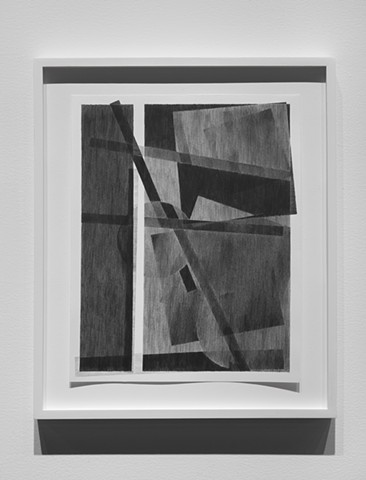 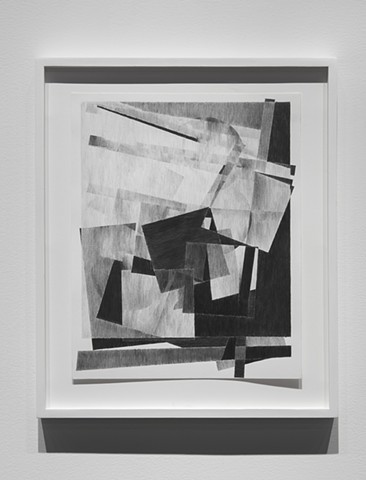 A drawing by the artist
graphite on paper
14 x 17"